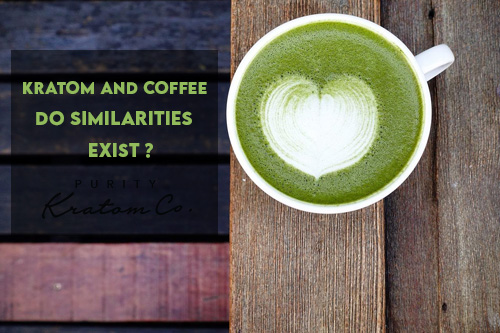 Coffee is one of the world’s most essential beverages, and Kratom has been increasing attention recently. Coffee is a rudimentary beverage and a need for countless people in the morning. Scientists determined that coffee is consumed more frequently in the United States than any other drink, even water! 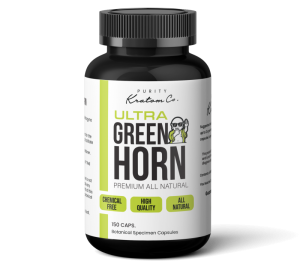 A strong cup of joe and Kratom are both stimulating beverages that provide you a boost of energy for a few consecutive hours. You could, however, be one of those people who enjoy both coffee and Kratom but also refuses to give up either. Here is everything you need to know about this heavenly combination.

Are Kratom and Coffee Related?

Kratom and coffee are mutually complementary as they originate from the Rubiaceae family. This group has more than 13,500 species and is the 4th most encompassing Angiosperm family. It comprises Mitragyna speciosa, the Kratom tree. Other than that, Coffea is a plant that harvests coffee beans. Even though they are from the same plant family and have a long history of leisure, these plants differ significantly. One of the notable distinctions is that the leaves get grown for the kratom plant. Kratom leaves may get taken in tons of ways, from the raw leaf to Kratom powder that can get made into the well-known Kratom tea. Coffee typically comes from the plant’s beans, which get roasted after harvest to accommodate unique taste characteristics in the drink.

These plants have distinct alkaloids. They are naturally occurring elements that produce exhilaration in people, amongst many other things. Although caffeine is the most well-known alkaloid in coffee, Kratom contains a range of alkaloids, the most prominent of which being mitragynine and 7-hydroxymitragynine. These two alkaloids are responsible for Kratom’s wide variety of effects; however, any investigation into the specific nature of Kratom’s bioactive properties still has not been concluded.

Does Kratom Have Caffeine?

As coffee and Kratom are relatively similar to one other, you may ask whether Kratom involves caffeine. Caffeine is coffee’s principal alkaloid. Coffee includes additional alkaloids that are somewhat less potent, particularly theophylline and theobromine.

However, Kratom contains about 25 alkaloids, the obvious ones being mitragynine and 7-hydroxymitragynine. The alkaloids carry no caffeine whatsoever, yet they possess similar characteristics as caffeine.

Similarities Between Kratom And Coffee

There are several parallels between Kratom and coffee. The Rubiaceae (Coffee) family includes both of these. They are equally bitter, and hence the majority of individuals who can’t deal with bitterness choose to mix them with other drinks. Furthermore, both have comparable benefits, such as boosting your body’s vitality. Kratom also offers loads of health advantages, such as discomfort management, dependence treatment, etc. If you drink it in a relatively reasonable amount daily, coffee will have virtually all good benefits.

Differences Between Kratom And Coffee

More than 100 types of coffee exist today; however, Arabica & Robusta is by far the most marketed. But Kratom is a little distinctive, and the red, green, and white strains have various impacts. Furthermore, Kratom differs from coffee while referring to its legality. It is illegal in several countries, such as Australia and a few states of the USA. It gets listed as a restricted substance by Sweden and Russia. The US suppliers only supply it if the kratom packaging does not get labeled as a nutritional supplement. Other than that, the potency and the way they both influence human bodies are different as well. The effects stay for 4-6 hours of drinking coffee, whereas Kratom remains for 5-6 hours. Every Kratom strain effects vary, so it is crucial to know what you are buying.

Benefits of Mixing Kratom and Coffee

Each of these has its health advantage, but you will get some unique benefits if you combine them. Initially, mixing it with coffee will offer you a flavorsome drink if anybody loathes the taste and bitterness of Kratom. Moreover, coffee provides a gradual and constant energy supply, whereas Kratom gives you an instant energy booster. Kratom also claims to decrease uncomfortable sensation and promote a calm attitude because of the concentration of its unique alkaloids, whereas large quantities of coffee are often simply more enhancing.

Although the FDA has not conducted official kratom research, many who have used it have experienced adverse effects. These effects may differ with each individual. Nausea, sore throat, diarrhea, hallucination, thyroid issues, and aggressiveness are some of the detrimental effects of Kratom – as reported by users.

The combined use of coffee and Kratom may boost stimulant consequences at larger dosages. These doses can enhance the probability that Kratom users will experience adverse reactions. Particularly those that are hypersensitive to caffeine. Anyone who takes Kratom should always see their medical practitioner avoid unpleasant side effects, specifically those with existing health problems.

Which Kratom Strains Are Most Effective With Coffee?

The “fast” and “moderate” strains are perhaps the most complementary kratom strains to mix with coffee. Every Kratom strain has its individually distinct feature, such as stimulating or calming properties. Kratom strains are diverse, which includes green and white. By its stimulating properties, White Vein Kratom often gets likened to coffee. Several varieties relieve physical discomfort and improve vitality. These are Green Malay, Green Vein Kali & White Vein Thai. As per users, a person can take red vein Kratom in their coffee as it helps a calm mind and counters the possible over-stimulating side-effects of coffee.

Recommended Dosages for Kratom and Coffee

The optimum kratom dose generally runs from 1 to 2 grams; however, some people can reach as high as 4 grams. You should limit the quantity you use when you try Kratom if you are excessively concerned with combining it with your coffee. The proper dose quantity for best performance is a small test and a mistake.

Where To Buy Kratom for Coffee?

Always get Kratom from a trustworthy vendor familiar with its use, advantages, and adverse effects. You can buy Kratom from vendors in your local area. Other than that, supplement consumers can buy Kratom online in several different forms.

Users can buy Kratom powders; and Kratom capsules, whichever they feel works best with their morning cup of joe. This combo is odd, but it works! The kratom alkaloids and coffee are incredibly complementary. With instructions, you can make this experience utterly fruitful! 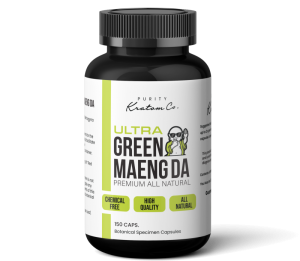