HomeBlogs Kratom Detection In Drug Tests: Is It Possible? 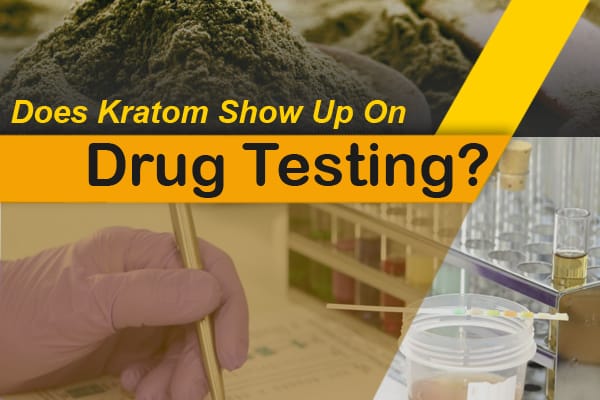 Kratom, also known as a, is a popular herbal plant used by as many as millions of Americans. This botanical is considered extremely beneficial because of its effectiveness in reducing several debilitating symptoms like discomfort, insomnia, and whatnot. 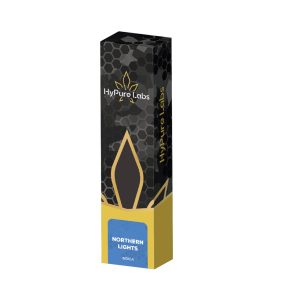 Although Kratom is legal in most of the states of the US, there are still many concerns shared by FDA often. The precarious situation about Kratom’s legality status has made many users conscious of this herb’s usage.

There are several uncertainties about Kratom that have prompted users to ask different questions. One such question is whether Kratom can be detected in the drug test or not.

In this article, we’ll be answering this question of yours in detail.

However, let’s begin with the chemistry of this beneficial plant.

The main chemical ingredients in Kratom that are responsible for its various effects are alkaloids. There are 37 known alkaloids present in the herb, out of which, two are the most common ones that are:

The first alkaloid is indole-based and the most abundant, while the second one is most potent. It has been studied that 7-Hydroxymitragynine is 13 times more potent than morphine. Though, these alkaloids are present in only 0.5-1.5% concentrations, which is considered safe for human consumption.

These alkaloids bind to mu, kappa, and delta-opioid receptors of the brain and initiate the release of certain endorphins that in return produce stimulation, relief, stress management, and other effects.

How Much Time Does Kratom Take To Produce Effects?

Kratom’s effects have not been studied properly by scientists and experts yet. However, what can be said from the little research that has been done and the experiences of many Kratom users, Kratom takes about 10-15 minutes to produce effects.

This also depends on whether you have an empty stomach or not. If you have taken a meal before consuming Kratom, effects can take as long as an hour to initiate. Although it takes longer to produce effects on a full stomach, we recommend doing so as you might feel nauseous with an empty stomach.

Moreover, the form of Kratom you are using also has an impact on the efficacy period of the herb. Kratom capsules take longer to take effect than powder form, as the capsule has to be broken down in the user’s stomach first.

It is said that most peak effects of Kratom occur within 1.5-2.5 hours if the quantity used is moderate. Additionally, according to most users, Kratom’s effects can last for 2 hours at low doses. At higher doses, you can expect to enjoy the benefits of this plant for as much as 8 hours.

Does Kratom Show Up In The Drug Test?

Kratom doesn’t show up on most of the drug tests like the 5-panel drug test.

Blood tests have a smaller window of detection. It can check for this herbal plant in the first 24 hours to several days.

Hair follicle tests can detect Kratom for an extended period of up to 90 days. Nonetheless, there are high chances that blood tests, hair follicle tests, and saliva tests won’t be conducted to check you for Kratom usage.

However, there is a specific urinalysis drug test that checks for Kratom alkaloids specifically and it’s called the 10-panel drug test.

Although this test usually detects Kratom for up to 5-7 days after usage, it mostly depends on the half-life of the Kratom that can be modified by some particular variables like:

How Long Kratom Stays In The Human Body?

As we have said earlier, there have not been many research studies conducted on the working of Kratom. Still, from the little understanding that has been created about Kratom and its metabolism, we can say that the half-life of the main chemical component present in the herb, Mitragynine, has about 23-24 hours of half-life. This means that half (50%) of the Kratom will be eliminated from the human body in almost a full day. All of it will take four to five days to be eliminated.

Furthermore, the fastest half-life that could be of any alkaloids present in this botanical is just over two hours. This means that to remove all of Kratom, you might need only half a day. These different half-lives are due to the different compositions of various strains of Kratom.

Certain variables can affect the rate at which Kratom is eliminated from the body, thus affecting the period till which this herb can be detected in a drug or urine test. Here are some of the factors that can affect the half-life of Kratom:

Kratom metabolism and its half-life can greatly be impacted by the dose of the herb, frequency of consumption, the strain of Kratom -as different alkaloids in various strains metabolize differently, and forms of Kratom you are using. For example; Kratom tea will take a longer time to absorb than vaping/smoking Kratom.

With increasing age, the human body gets slow in metabolizing drugs and substances. This includes Kratom also. A younger person will have a lower half-life of Kratom than an older person.

As Mitragynine is a fat-soluble chemical ingredient, there are high chances that it will remain in the body of a person with increased weight or having a high body fat percentage.

The higher the metabolic rate, the shorter the half-life will be.

Eating a fatty meal before Kratom consumption can fasten its absorption in the human gut. Additionally, hydrating yourself well enough can also increase the chances of faster Kratom elimination through the urine.

The liver is the key organ that metabolizes most of the drugs and chemical substances in the human body. If you have any liver disease, the most chances are that it will take longer to eliminate the drug from your system.

If you are taking Kratom with other medicines, drugs, or alcohol, they can have a huge impact on the metabolism of Kratom. Some drugs might slow or even fasten the elimination process of this herb.

Kratom doesn’t show on most of the common drug tests. Saliva and hair-follicle drug test hasn’t yet been used to detect this botanical in anyone. Blood tests can be done but it has a shorter detection window. The most common drug test that is done is the urine test.

Regardless, there is no need to be excessively worried if you are required to do a drug test for whatever purpose. Kratom is legal in most of the US states. Hence, you can’t be reprimanded for its usage in the places where it’s legal to buy and use.

Previous post Toss And Wash Kratom – A Complete Guidance For Beginner
Next post CBD Vs Kratom: Which One Will Benefit You Most?