Tag: and Is It Safe?

Homeand Is It Safe?

In 2737 BC, a famous herbalist and the Chinese emperor of that time, Shen Nung, was served hot boiling water into which a few leaves blew. As the extract of the leaves was infused into the water, a new drink was created. This came out to be known as tea. 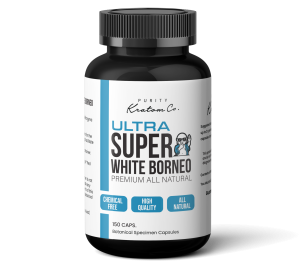 Initially, tea was served as a medicinal drink that people made by infusing multiple herbs and plants in boiling water to acquire health benefits. The fresh smell and pleasant taste are the two things that attract people to tea.

Eventually, it became popular among merchants and priests. It was not until the 17th century that having a cup of tea became an everyday routine. In today’s time, anything and everything can be added to a pot of hot water to make tea.

Kratom, known by the botanical name Mitragyna Speciosa, is an evergreen plant belonging to the coffee family. For hundreds of decades, people have been using it, owing to the potential benefits this herb has. It is especially popular among the local people of its area of growth that includes Malaysian, Thailand, Vietnam, Philippines, Myanmar, etc.

Due to its extensive use, Kratom is known with multiple other local names such as;

How To Brew A Cup Of Kratom Tea?

There are multiple ways to make Kratom tea. Be it Kratom powder or Kratom shot; anything can be used to brew a perfect cup of tea.

Before starting, one needs to ensure that they have some good quality Kratom powder available at hand. However, we suggest that you make the powder at home with some fresh Kratom leaves. This makes sure everything is pure and free of contaminants, unlike the pre-packaged Kratom powders sold in the market.

The process of making Kratom powder is divided into two basics steps that are;

STEP 1: Leave the Kratom leaves outside in a flat tray or pan to let them air dry. Keep them in a shady area to make sure they are not under direct sunlight.

STEP 2: After a day or two, the leaves will be completely dry and hard, ready to be crushed. Now you may use a coffee grinder or simply beat them in a mortar and pestle set to make a fine and smooth powder.

Once the Kratom powder is ready, here are the top four recipes that you can follow;

Kratom Tea Under The Sun

To make Kratom tea with a mild, mellow flavor, this is hands down the best recipe. Take a glass jar and add 2 cups of water to it along with one teaspoon of Kratom powder. Tightly cover the jar and shake it well so that the powder completely infuses the water.

Next, leave it under direct sunlight for 4 – 5 hours. This is the best way to make iced or cold Kratom tea. Also, the mix can be refrigerated and stored for at least a week.

Kratom Tea in a Cup

Take one cup of hot water and add half a teaspoon of freshly ground Kratom powder to it. Give this a few stirs, and then let it sit for a little while so that the unmixed powder settles at the bottom.

Once the water changes colors, you may pour it into another cup to avoid getting the powder while you enjoy your Kratom teacup.

Kratom Tea in a Pot

If you are planning to make Kratom tea for multiple people simultaneously, then make it in a pot.

Pour the desired amount of water into the pot and give this at least 1 – 2 boils. Then let the water simmer on low heat. You may now add Kratom powder in it with a ratio of 1 teaspoon for 2 cups to have the perfect intensity and taste.

Leave the mixture on heat for 5 minutes before turning it off. Using a sieve to filter out the powder, pour the tea into cups and sweeten it as per preference. Adding on, you may leave it on low heat for a longer time if you desire a stronger and more empowering taste.

Kratom Tea in a Coffee Maker

Want to have Kratom tea without doing much effort? Place a teaspoon of Kratom powder on the coffee filter, add two cups of water to the coffee maker and let it brew. You may add honey to add sweetness to the tea.

THE DOSAGE OF KRATOM TEA

The grams of Kratom powder can be converted to spoons as mentioned below;

THE EFFECTS OF KRATOM TEA

The effects of Kratom tea kick in after 45 minutes of its consumption. This is the time taken for the tea to be digested and the Kratom metabolites to be absorbed into the blood. The peak effects of Kratom tea take around 1.5 to 2.5 hours. While the effects at a lower dose last for 2 – 3 hours, it may extend to 8 hours at a higher dosage.

WHY IS KRATOM TEA BENEFICIAL?

The benefits of Kratom tea are mainly due to the Kratom herb that is added to it. Subsequently, the goodness of Kratom is hidden in the alkaloids present in it. Alkaloids are the main active ingredients that are responsible for all the potential effects that Kratom tea has on the human body.

A few of the alkaloids found in Kratom tea are;

These altogether give a soothing and relaxing feeling. Moreover, Kratom tea reduces anxiety levels and makes the immune system stronger through the anti-inflammatory properties it possesses. Lastly, it has pain-relieving properties that remove the tiredness of a long hectic day.

Along with all the other ways of Kratom consumption, Kratom tea has gained immense popularity. This is mainly because of how much people love having tea in their daily routine, and once Kratom is added to it, the benefits double.