HomeBlogs Kratom and The Sense Of Smell; What Does Our Nose Know? 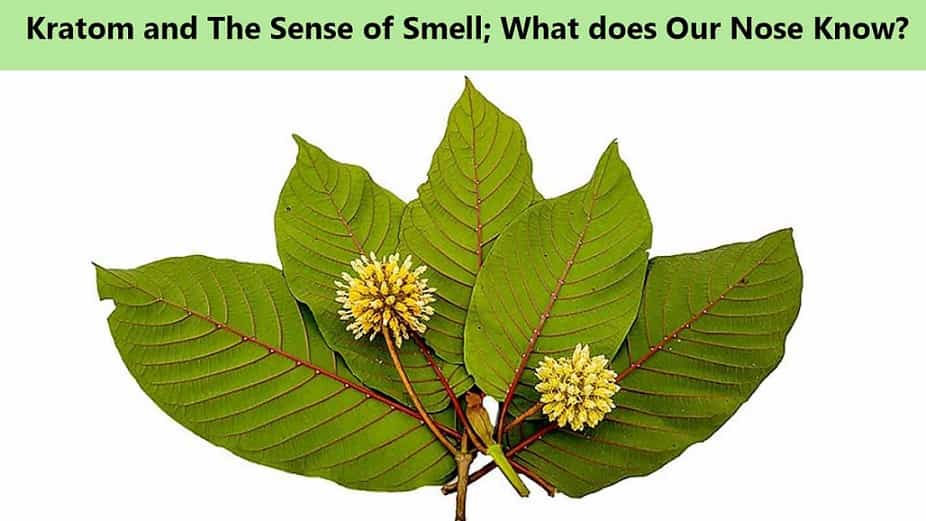 Kratom, mainly used as a natural drug, has a pleasant, earthy aroma according to some people which ultimately leads to a feeling of calm washing over you. However, to other people it resembles more to the refreshing fragrance of tea leaves and yet to some others, it is not pleasant at all and may lead to sickness. While in truth, the smell of the herb depends on its quality to a great extent. The fact is that the aroma or smell of Kratom says a lot about the quality of it. And the quality of course, depends upon the strain from which the plant is obtained from.

Generally speaking, Kratom having a strong smell or a foul scent may not be of a good quality. Nevertheless, we are presenting you with a detailed review of how different strains of the magical herb can be distinguished on the basis of their smell.

Kratom And The Smell Of Its Various Strains

As described above, the aroma of Kratom powder speaks of the quality of its strains. Thus one must smell the product before using it to avoid a bad batch.

Green Kratom is said to have a stronger, refreshing smell compared to the other strains. It is also said to have a smell that positively resembles green tea leaves. Some people also find it resembling the smell of herbs.

The red strains of Kratom have a different smell however, that some people even describe as peculiar or pungent. To some others, it smells more like matcha powder and even sometimes tastes like it too.

Does Kratom Smell Different When Smoked?

Smoking the plaant is not the best way to consume it. However, users cannot be stopped from using various ways to make it hit harder. But according to those who have tried the technique in any way, Kratom does not smell very nice or addictive when smoked. People go as far as calling it awful and musty. So one is suggested to avoid smoking the herb at any cost.

Kratom And Effects On Your Body Odor

People, who consume kratom regularly or in a great quantity, have complained of smelling funky. It should be mentioned that they started complaining of the smell after they started consuming the herb while before doing so, there was no such complaint.

However, so far there is no such scientific evidence that proves this phenomenon. Also, most people using the herb have not complained of any change in body odour and only those people have done so who have used it over a long period of time. Thus, there is no reason to worry about such an odor.

Kratom And Its Association With Bad Breath

Many people have associated the intake of the plant with bad breath. There could be many reasons behind it. One of them is dehydration. Intake of Kratom results in dehydration. Because of this the body does not produce enough saliva and thus bacteria can grow in your mouth causing your breath to stink. There is however a simple solution to that. Stay hydrated properly before and after consuming the plant to avoid issues like such.

Another reason for Kratom resulting in bad breath is it’s sticking to the walls of your mouth or the roof of it usually when you take it with water. Many people have complained of this strange property of the powder that it ends up sticking all around the insides of their mouth and is very hard to remove afterwards. Resulting in Kratom-breath obviously.

A tongue scraper can usually be a life saver in situations like such. Drinking A LOT of water can also help wash it down. Changing the form of taking it may also help a little bit. Like it can be taken in the form of Kratom leaves instead of Kratom powder.

Kratom And The Smell Of Your Urine

This complaint is common in only those users of the product who tend to use it in high concentration for a really long period of time. It is a possibility that if you take the herb in a large amount, it may not leave your body completely and ultimately cause your urine or sweat to smell of it.

The smell of the herb is of great help when determining its quality. Great quality strains smell of herbs and tea leaves and overall refreshing. However, it might be alarming if your Kratom smells strange or as described by a user, like “wet dirt”.

Sometimes it may also smell like it is fermenting. That is usually because of the moisture getting trapped in the storage container or if good care is not taken while packing and shipping it.

A bad smelling Kratom is usually accompanied with a terrible taste. Even though it is not really harmful to have a kratom that has a rotting or bad smell, this may ruin your experience with Kratom. Therefore, if you notice any such thing in your package, do contact the vendor and get it replaced with a fresh product without any hesitation.

Previous post Kratom; Are Cookies A Way To Make Its Intake Easier?
Next post Buying Kratom With A Credit Card; Is It Hard? Is It Legal?